“The Fessenden Animation uses visual language to create metaphors and images that work in themselves, but also tell a specific story resonantly.” - Toronto Star, April 27, 1990

On December 23, 1906 Reginald Fessenden made the first broadcast of human voices and music from Brant Rock, near Boston, Massachusetts to ships at sea. He played Handel’s “Largo” on an Ediphone and spoke Christmas greetings. The mail response confirmed that he had invented radio as we know it, as opposed to Marconi’s Morse code signaling. He never received his due recognition, lost control of his patents and never shared in the ensuing revenue which made a number of large corporations immensely wealthy.

The Fessenden Animation began in the early 80s with a production called Waves which explored technology in the 20th century from the nuclear scientist Neils Bohr to Don Bouzek’s father who worked in radar during World War II. One of the characters in that show was Reginald Fessenden. In 1984, Don began work on evolving a show based on his story focusing on how the ideals of technology were brought under corporate control. The production used live performers, puppets created by Rag & Bone Puppet Theatre and projections by Carole Condé and Karl Beveridge.

Early versions of the show were presented at a CLC Labour educational and at the National Museum of Science and Technology in Ottawa. These versions included computer graphics by Chris D. Walroth and video by Kim Tomczak.

The final version of the show opened the 1990 Mayworks Festival in Toronto. 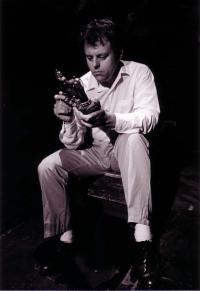 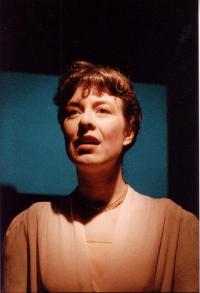